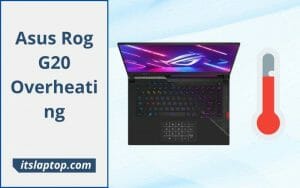 Today, we are going to discuss Asus Rog G20 Overheating problems and what’s the best way to solve them.

The ASUS Rog g20 is designed to dominate every segment of gaming desktops and setup gaming. This desktop computer has already received both praise and criticism; however, it has won major awards in the gaming world.

The G20 has a compact case of about 12.5 liters, and that houses a fourth-generation Intel, providing the best benefits for users.

Many of the people who buy the G20 have had Asus Rog g20 overheating problems even when new. Problems with overheating can occur even when people are browsing the internet on any of the web pages.

The G20’s fans can start to run amok, and this will cause the desktop computer at some point to overheat.

This problem occurs most of the time when it comes to the GPU and the different temperatures in video games. At other times, the G20s tend to overheat by up to 100 degrees without the need for people to be using the computer for games or other strenuous activities.

Despite the Asus Rog g20 overheating problems that can occur on some occasions, people can quickly find solutions.

The G20 has a thermal design that helps take advantage of all-natural convections and the hidden airflow channel. Both features ensure that the computer has much more efficient heat management for very long gaming sessions.

Another option to combat overheating is for people to remove the side panel. That will help them get much cooler degrees and prevent the computer from suffering from excessive heat.